Last Thursday we sailed from Orford to Shotley in the company of lots of Orford cruisers.  ‘Sanderling’ Migs and Jonny, ‘Cornelia’ Chris and Caroline, ‘Caveat’ David and Jill, ‘Sea Holly’ Roger and Elisabeth, ‘Reflections’ Andy and a mate of his, ‘Erin’ David and Mary, ‘Simba’ James and Hillary and ‘Outlaw’ Harry, George and cousin Charlie.  David ‘Erin’ was celebrating a 70th birthday. 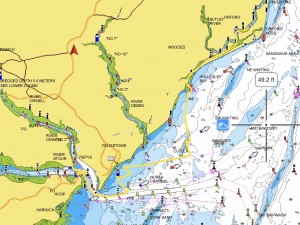 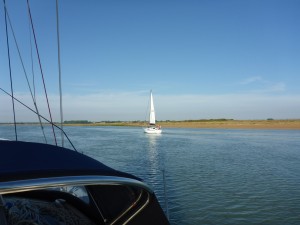 With the ‘Outlaw’. Heading down the Ore Wednesday morning ‘Outlaw’ and ‘Cornelia’ just S of the Haven buoy 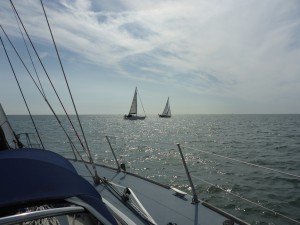 ‘Caveat’ with ‘Sanderling’ ahead 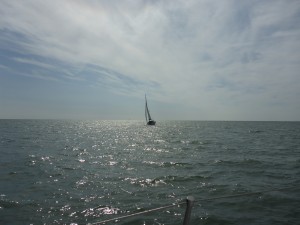 ‘Outlaw’ and ‘Talisker 1’ had to be back in Orford by Friday and the rest of the boats, except ‘Simba’, departed south on Thursday morning leaving us to sail locally. 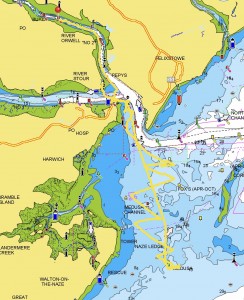 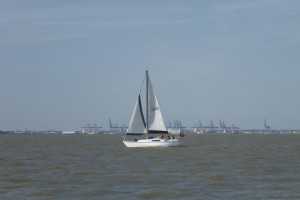 ‘Outlaw’ beating out to Medusa 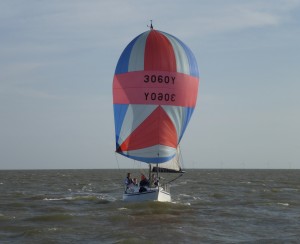 Returning to the Orwell very quickly. ‘Outlaw’s’ spinnaker on the limit in F 4-5’s

and then back to Orford on Friday.  ‘Outlaw’ was rafted to ‘Talisker 1’ at anchor in the Orwell on Thursday night.  Charlie provided a sea bass he had caught.  Certainly enough for a delicious starter for supper Thursday night. 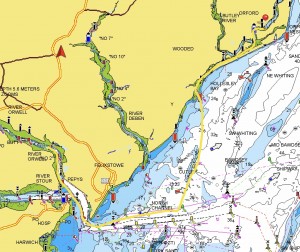 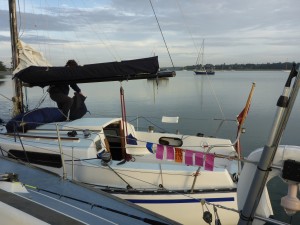 Early Friday! Anchored in the Orwell & preparing to leave.. 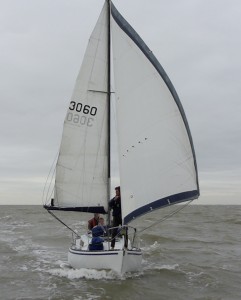 The ‘Outlaw’ downwind to Orford from the Orwell 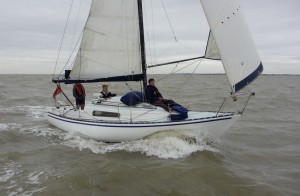 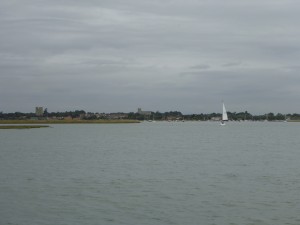 My young friends are very experienced dinghy sailors but fledgling seamen.  Being able to sail their small cruiser very very well is a very small part of being safe at sea.  It was great fun to see them taking their first steps which will need to be slightly more tentative. Experience is everything and there is no substitute for putting in lots and lots of sea miles.

After eleven weeks at sea with no pain I was surprised at the aches and pains in my body after a week and a half away from the boat.  I put it down to being slightly less focussed in familiar waters.

And then a slight turn to starboard to pass ahead and then a turn to port to then pass quickly just astern of us.  My heart was thumping as the idiot at the helm just looked dead ahead and sailed on oblivious to what he had so nearly done.  I watched his back and just thought of the mayhem he would cause ahead of him.