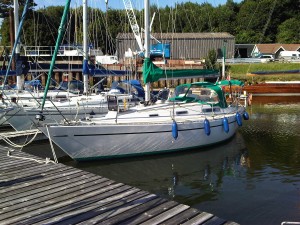 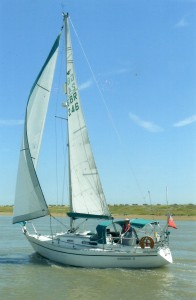 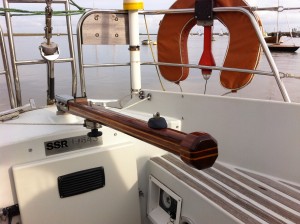 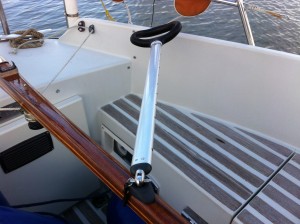 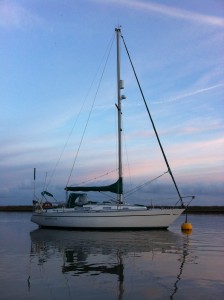 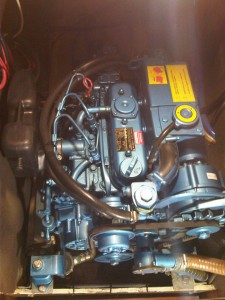 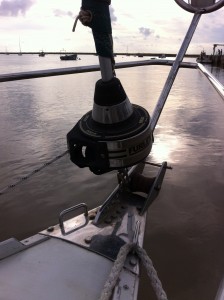 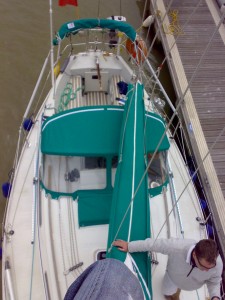 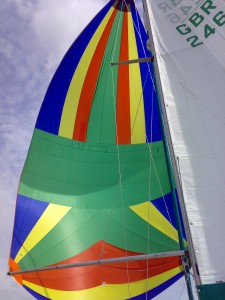 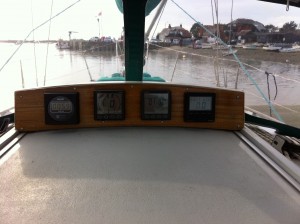 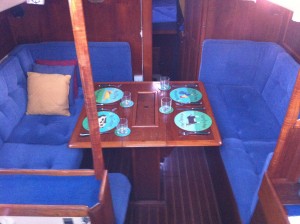 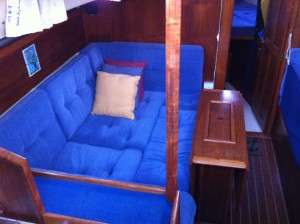 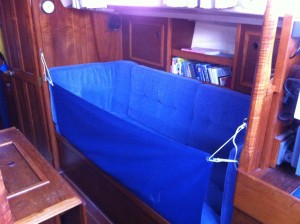 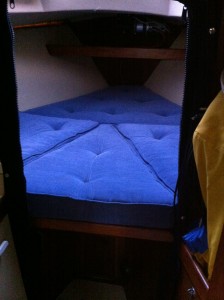 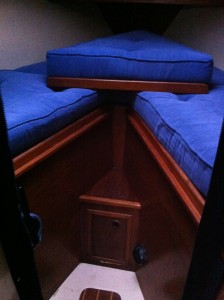 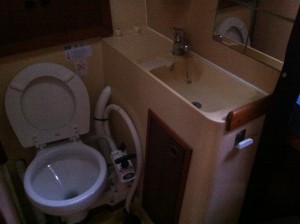 Hanging locker opposite heads.  Saloon with U shaped settee to port (converting to a double) and settee berth to starboard.  Large Table with drinks stowage. Galley to port with Plastimo Cooker with oven and grill (new 2009) with gas replumbed + isolation switch, s/steel sink, pressurised hot and cold water to galley and heads, fridge and good stowage. 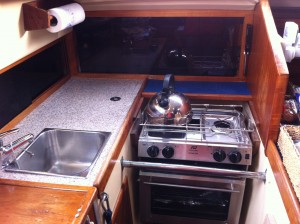 Large chart table to starboard with quarter berth behind. 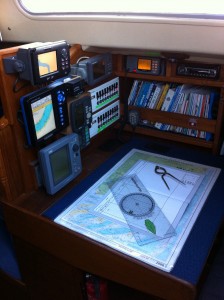 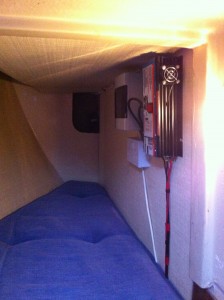 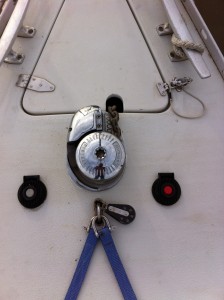 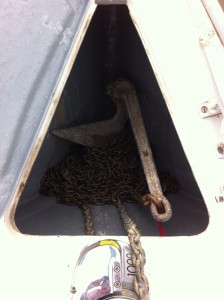 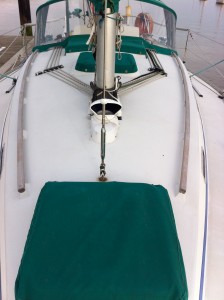 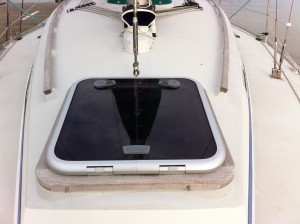 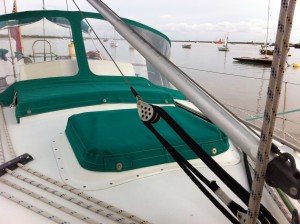 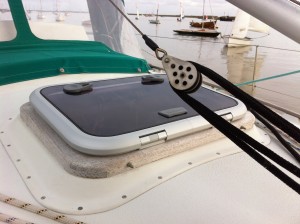 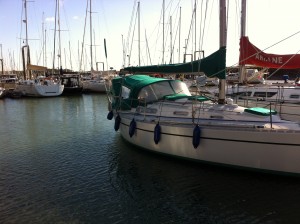 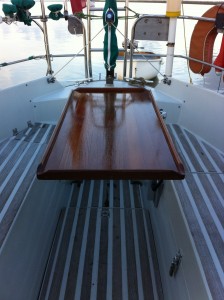 COMMENTS: – The current owner is a fastidious experienced single hander who has spared no expense since he bought her in 2005.  She is set up for short handed cruising in comfort.  The owner is buying a larger vessel.

In July 2014 Jessica and Simon Wilde became her new owners.