“The Typhoon doesn’t have the usual Westerly roominess and space you would expect from a Westerly of this size, but this is a beautiful boat to sail. Very light on the helm, wonderfully responsive and fast. More than that, it gives that magic thrill when you know you’re on a special boat!”

“Designed to please the racing enthusiast but still accomodate the cruising family the Typhoon is considered by many to be the peak of Westerly achievement.”

“Fast, manageable, responsive, terrific fun and so easy to sail. Marry a Fulmar by all means but get a Typhoon as your mistress! This is the real thing.”

“Ed Dubois’ design brief was simply to build a bigger better Fulmar. The result is wonderful. With just the odd ruffled patch on a glassy surface, she grabs the zephyr and leaps forward in just the way a Husky yelps and pulls at the traces for the freedom of speed. In a blow she’ll eat her way upwind with the same enthusiasm, before roaring off on a run or a reach like a clipper coming up channel with the first tea of the season, surfing on every roller with the speedo straining at the stops. Wow!”

I have found ‘Talisker 1’ to be a fast yet easily managed cruiser for a single-hander.

The Typhoon was introduced in 1990. Her hull is a larger version of the Westerly Storm 33 but with a fractional rig rather than the Storms masthead rig. I have added an inner forestay that flies a stay sail. The stay sail has been hugely successful.

I cannot imagine what she would cost to build new today.

In the end the design was only moderately successful.  Many felt too much space was devoted to galley and chart table. These very features, however, make her an exceptionally comfortable boat for sailors like me who do not want to sail with too many people!  And wonderful if your alone.

Only the mast remains of the rig I bought in 2014.  I also added the permanent inner forestay to fly the stay sail.

The hull is a solid hand-laid GRP laminate, with GRP balsa sandwich deck construction, with plywood backing pads and metal plates under fittings. Westerly always had a good reputation for build quality, and the hulls have Lloyds hull construction certificates. 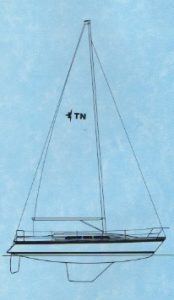 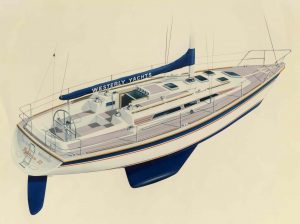 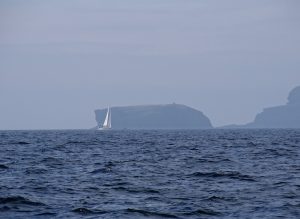 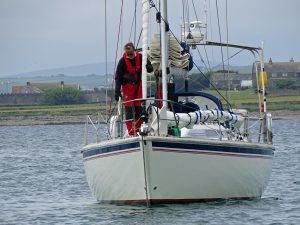 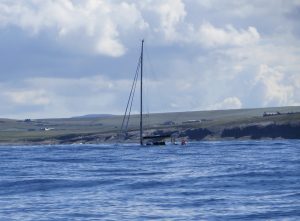 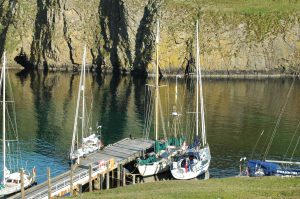 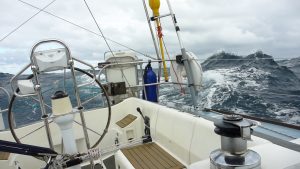 90 miles due west of Bergen inbound to Norway 2017 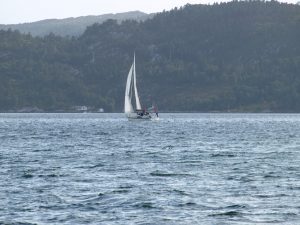 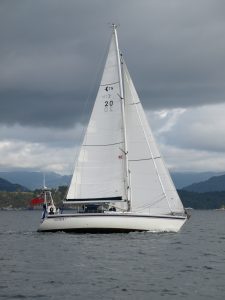 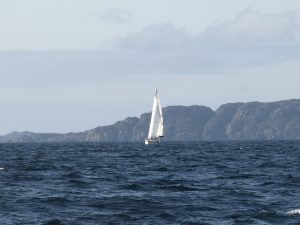 In to the North Sea from the Bomlafjord, Norway 2017 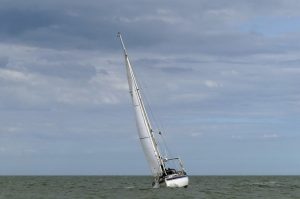 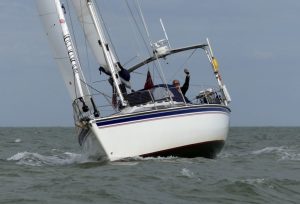 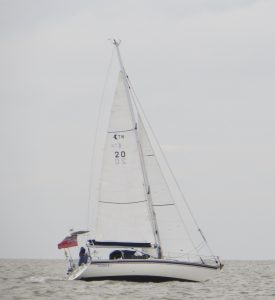 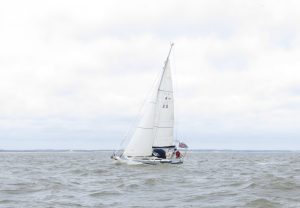 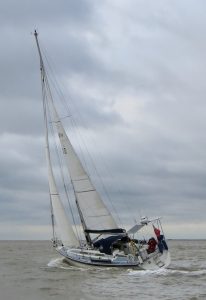 Photographed from US SV ‘Endeavor’ off the Suffolk coast 2017 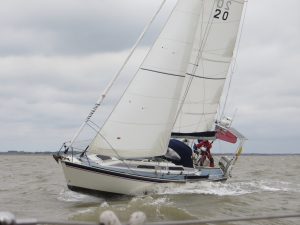 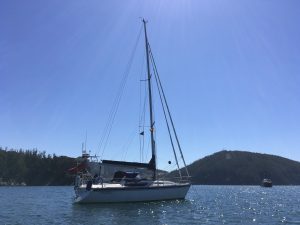 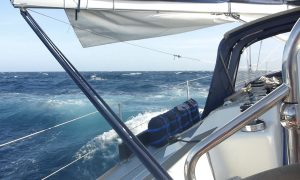 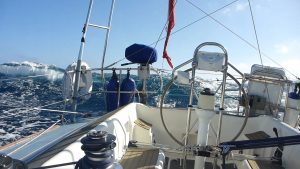 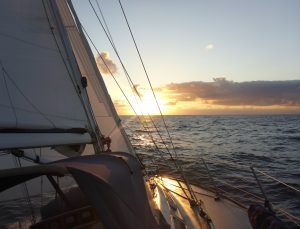 3rd sunset on passage to The Azores from Madeira.  Atlantic Ocean 2018 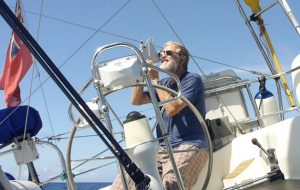 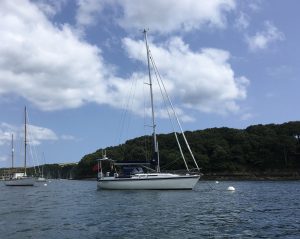