James and brother Oliver, Suffolk Yacht Harbour preparing to guide ‘Talisker 1’ in to their hoist.. 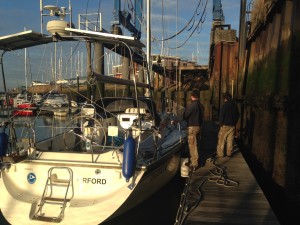 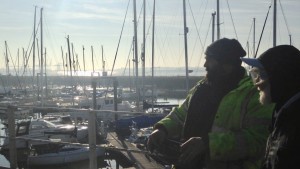 S Y Harbour’s other James operating the hoist. Doc wanting to have a go! 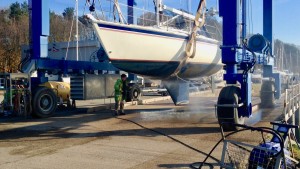 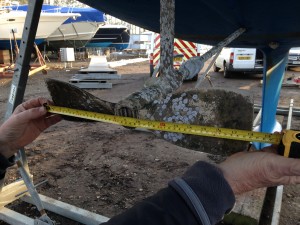 Checking prop dimensions … this egg whisk just did not drive the boat on those days when there was no wind … The trip to Norway last year was blighted by this propeller as we did have to motor occasionally!! 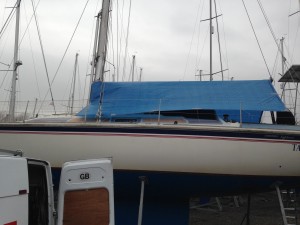 Four windows out … to be reseated.  Suffolk YH’s Simon (round the world yachtsman) and the Doc, helped me to remove them! 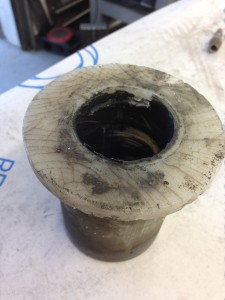 The top rudder bush removed.  This came out in 2016 half way between Shetland and Bergen.  Not a great moment.  Thanks to Nigel Higgs, owner of Typhoon ‘Nessa V’ of Poole who gave me all the correct information to have a new one turned!  A new bush is being made from UHMW PE (ultra high molecular weight polyethylene).  Note the o ring inside the bush. 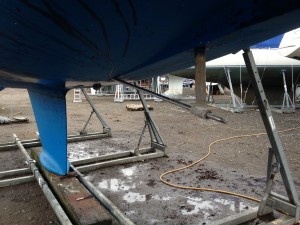 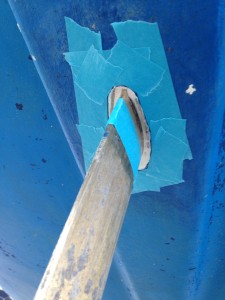 Some denistry to the P Bracket 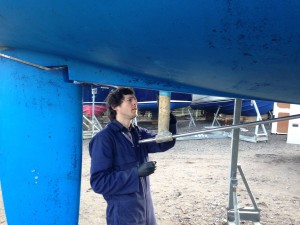 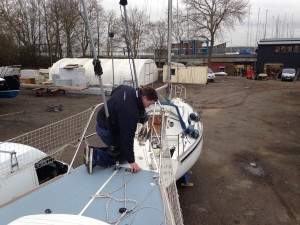 Jonny, Evolution Rigging SYH, finishing the installation of the furling gear on the inner forestay .. 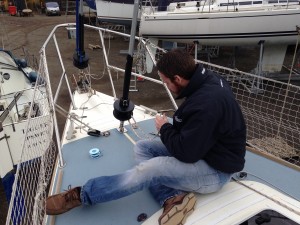 Both these guys are perfectionists. 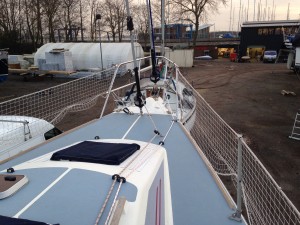 No more hanking on the Stay Sail.  The crew are getting older.  Both furling lines lead back across the top of the coach roof which is ideal.  I got exactly what I wanted. 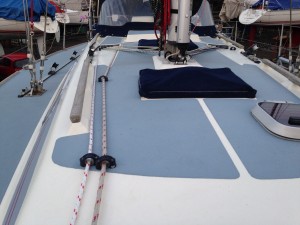 Job well done and an extra jammer needed and installed. 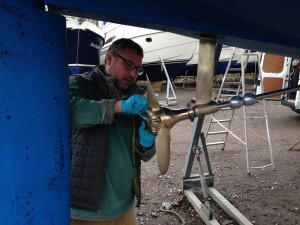 The propeller is designed for the maximum power of 28hp developed at 3200 rpm for our Volvo 2003. Using the 3 .02:1 reduction ratio David recommended using an 18 X 15  3 blade.  David is a very good guy to deal with.  Quality product.  I wanted maximum drive forward and minimum drag. 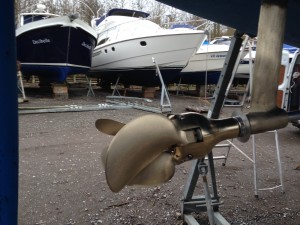 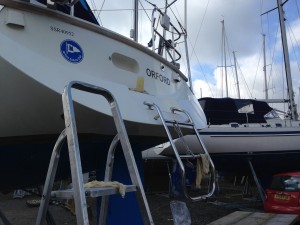 I’m polishing. Starboard last third of transom done!!
The vertical line between the R and F of Orford.. 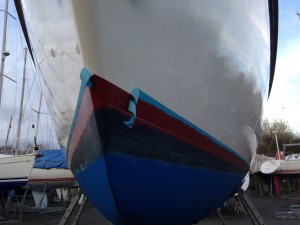 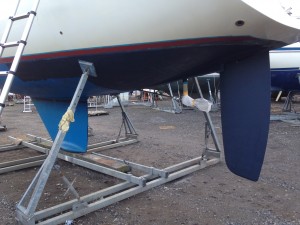 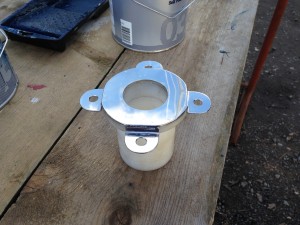 This new rudder bush is not going to come out … 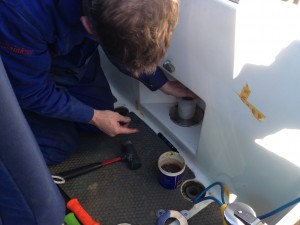 Mark, Mr Stainless SYH, installing the new bush and our bespoke stainless cap to hold it in place and stop it turning. 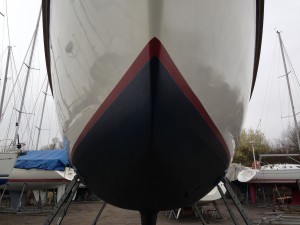 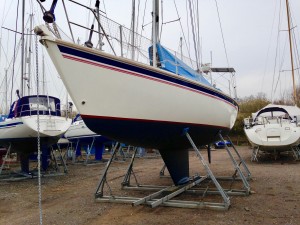