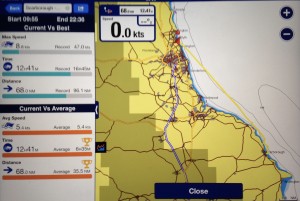 Yesterday we left Scarborough more because visibility was going to be ok rather than any great hope of wind in the right direction. 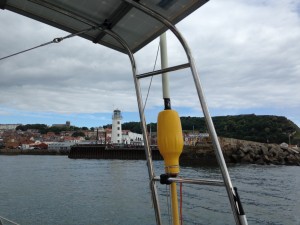 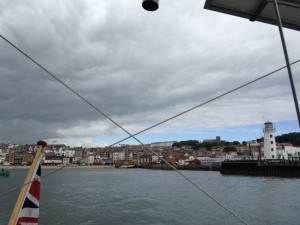 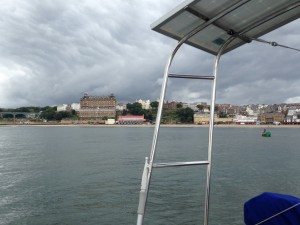 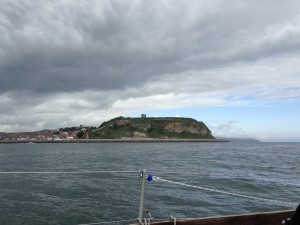 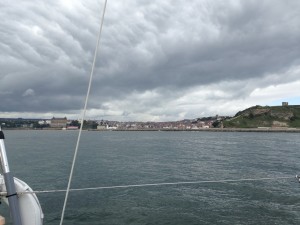 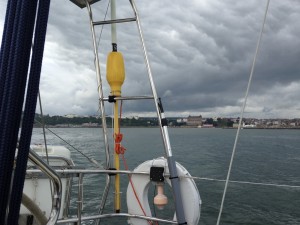 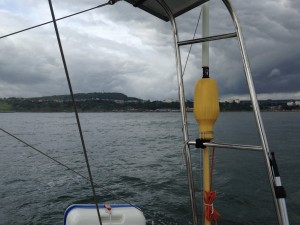 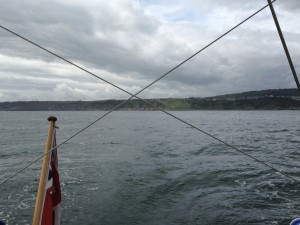 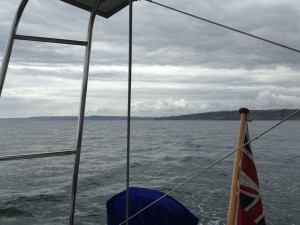 And so it proved another frustrating day as ‘Talisker 1’ seemed to wade through the sea, rather like moving through thick mud. At least that’s how she is under engine. Quite a different girl with some wind and her sails full. 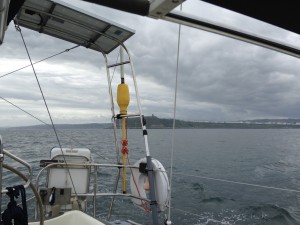 Scarborough Castle at the top of the promontory. Scarborough Bay behind.. 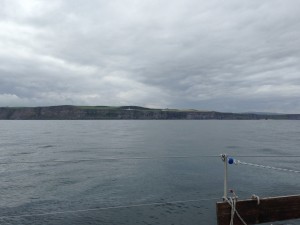 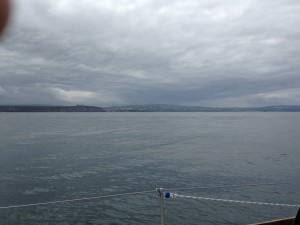 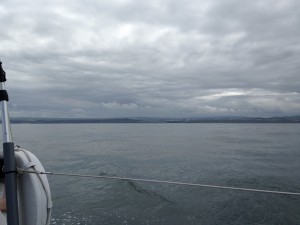 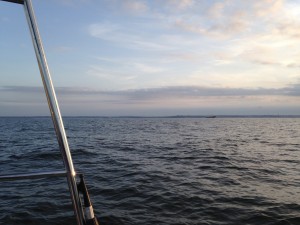 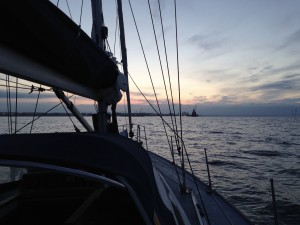 Its odd to think that we have not really sailed since Lowestoft. Not far short of 200 NM since then.

Today its raining, quite cold and visibility is poor. A Sea School boat is exercising their charges within the limits of the harbour.

A very nice surprise was to find boats from Lowestoft. ‘Drunken Duck’ had arrived here via beautiful Whitby. When I said hello to Raymond and Ann they were having a fifty hour service done on their new Yanmar. They will need the engine if things continue as they are. Strong northerlies are forecast shortly and they seem to last until at least Saturday. Eyemouth, a next possible stop, is out of the question in those winds, let alone having to get there.

The engine had a very small amount of diesel and oil underneath. A small amount seems to come from just above the fuel filter and a careful tightening of the nut seems to have cured that too.