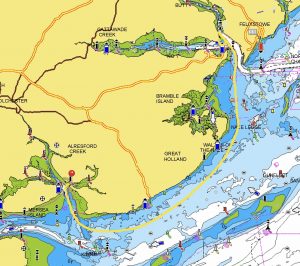 We are in Brightlingsea Harbour with ‘Dura’ and James R and Harry. 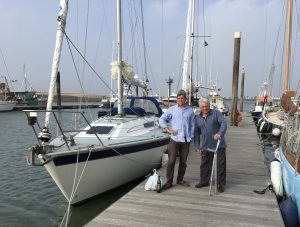 Today ‘Dura and ‘Talisker 1’ ghosted down the Wallet in light airs flying our Spinnakers and Cruising chutes. 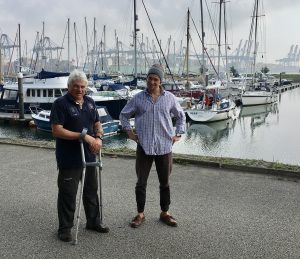 About to leave Shotley Marina. ‘Dura’ & ‘Talisker 1’ behind. 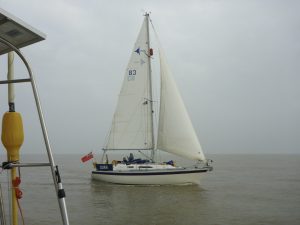 Heading for the Naze! ‘Dura’ 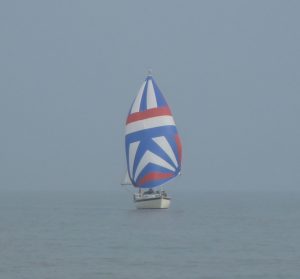 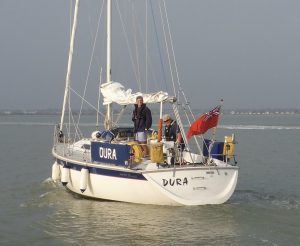 Entering the Colne. Inbound to Brightlingsea.

It was a lovely warm late September day. The last sea going paddle ‘steamer’ in the world, the ‘Waverley’, was sailing out of Harwich as we left the river. Later she sailed back up the Wallet, passing us again heading north as we were sailing south. Of course she is no longer a steamer! She’s a great site. 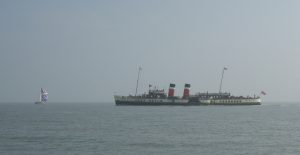 This morning I got a call from Kris, Australian SV ‘Taipan’ currently in Ipswich Haven Marina. She and David had seen that I was inbound from Belgium on AIS the day before and had then spent the night in Shotley. Kris asked me to check on a Koopmans 45 anchored just off Shotley in The Orwell. I tried to raise the boat on VHF.

We left Shotley and motored to where ‘Sentijn’ was anchored. She was flying a US ensign and it was very nice to chat briefly to round the world sailors Kara and John. They had arrived from Holland the previous day. Their baby, Dean, was sleeping. I gave them Kris’s mobile and told them she was concerned. All was well with them. 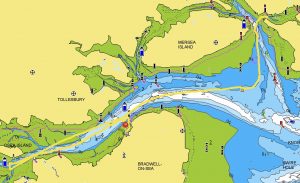 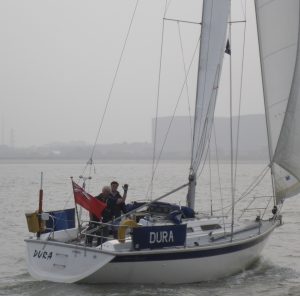 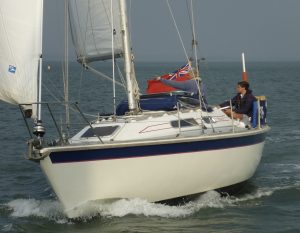 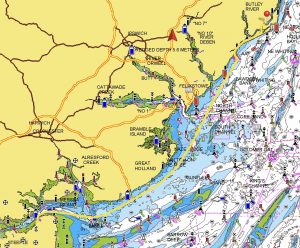 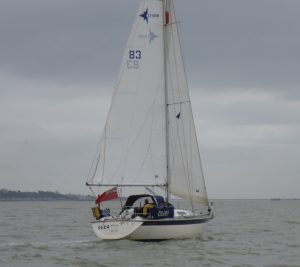 Heading back up the Wallet after a night in Bradwell 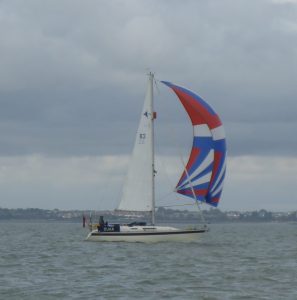 ‘Taipan’ was coming out of Harwich as we passed Felixstowe and received a most polite call on the radio from Harwich VTS actually calling them up on channel 16 as ‘Australian sailing vessel Taipan!’. When Kris answered and was transferred to a working channel there was a lot of ‘Maaaam’ and ‘could Maam possibly get out of the deep water channel Maam?’ I thought VTS were talking to The Queen.

They were passing Orford Haven well offshore heading up to Southwold when we entered the Ore. 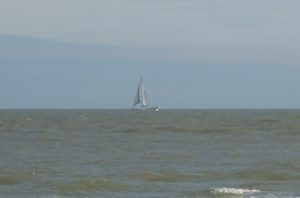 I came alongside the club pontoon and collected my dinghy. Doc was ashore working on his ‘new’, immaculate, 10 footer. Having motored up to our mooring I collected James R and Harry and ran them ashore. I then spent a couple of hours with Doc on board ‘Talisker 1’. We were both going home on Friday.