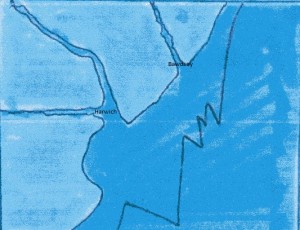 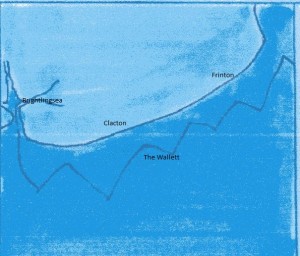 The tide turns in his favour & he beats down to Brightlingsea 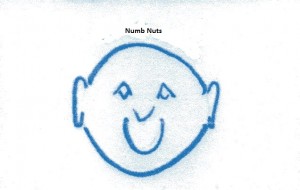 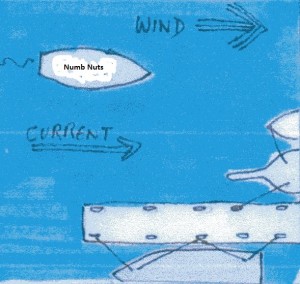 He arrives at the pontoon in the dark. 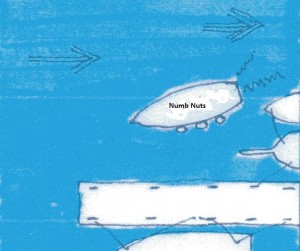 He is side slipping in to the pontoon. 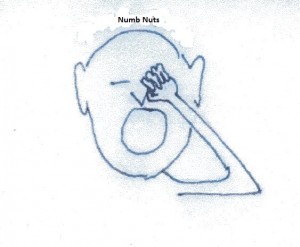 HE IS TIRED! NOT THINKING! AND YAWNING. 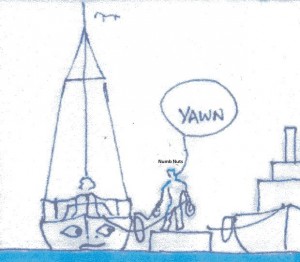 NOW WHAT’S HAPPENING! He steps off in a casual manner. It’s DARK. 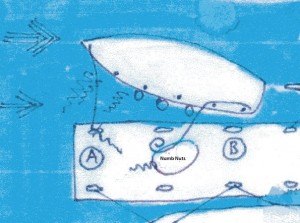 OOPS! Current and wind take control. He puts several turns round pontoon cleat A and hurries to cleat B 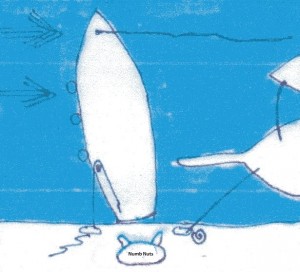 NOW WHAT’S HAPPENED? The bow line has come off cleat A! He watches her swing broad side on to a bow sprit. AND THEN……A MIRACLE! The stern line has caught her stanchion.  Her stern hits the pontoon and she is held. NUMB NUTS WAKES UP!……….HE TAKES A LONG LINE FROM PONTOON CLEAT A TO HER BOW AND BACK TO HER WINCH.  He winches her back alongside the pontoon and secures her properly. HE IS VERY CROSS! VERY VERY CROSS WITH HIMSELF. NO SLEEP! In the morning he straightens the stanchion. Her stern is barely scuffed.  What an escape!

WHAT ON EARTH POSSESSED HIM NOT TO SECURE TO HIS MID SHIPS CLEAT AS HE NORMALLY WOULD?