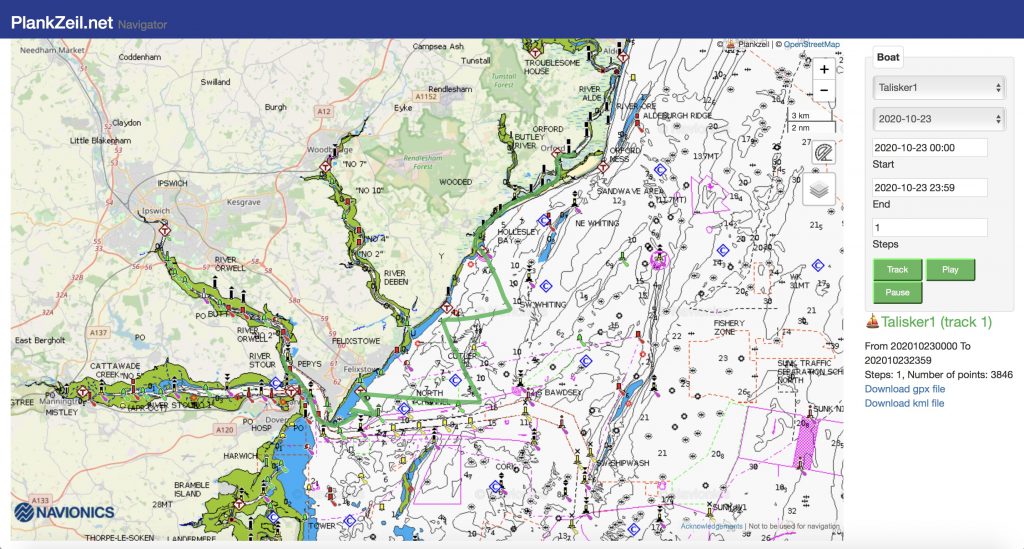 Our track to The Orwell from The Ore 23rd October

Me n ‘Talisker 1’ are anchored again in the Orwell, just inside Orwell port hand buoy, with the wind in the west.  Tomorrow morning it will be south west and quite strong.  We will probably anchor tomorrow night behind the trees in Buttermans Bay.

My plan is to go in to Suffolk Yacht Harbour on either Sunday or Monday. 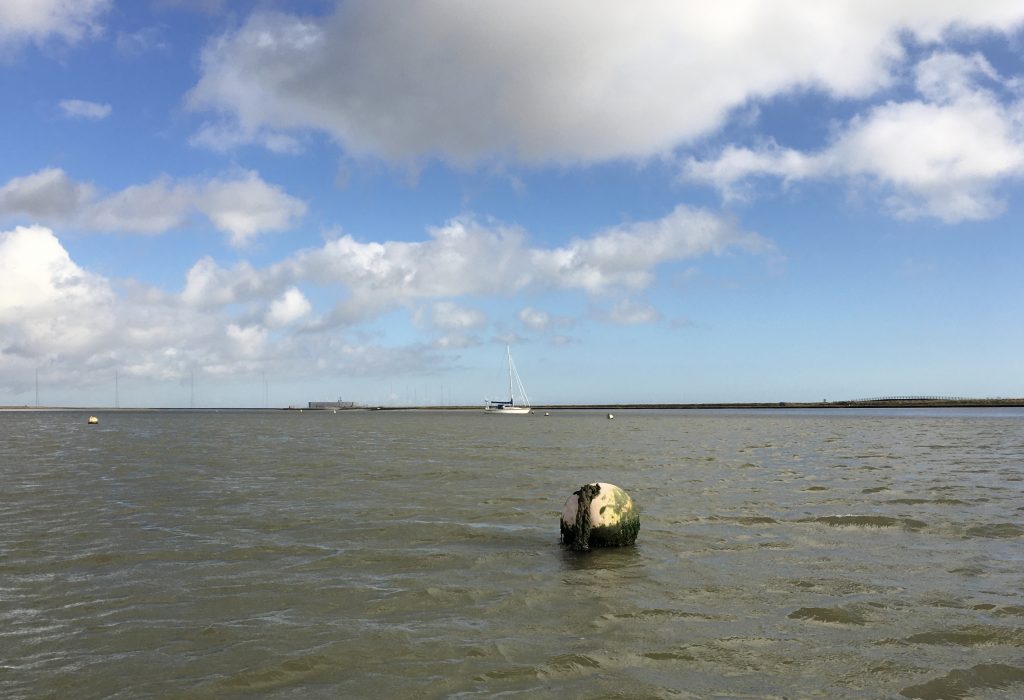 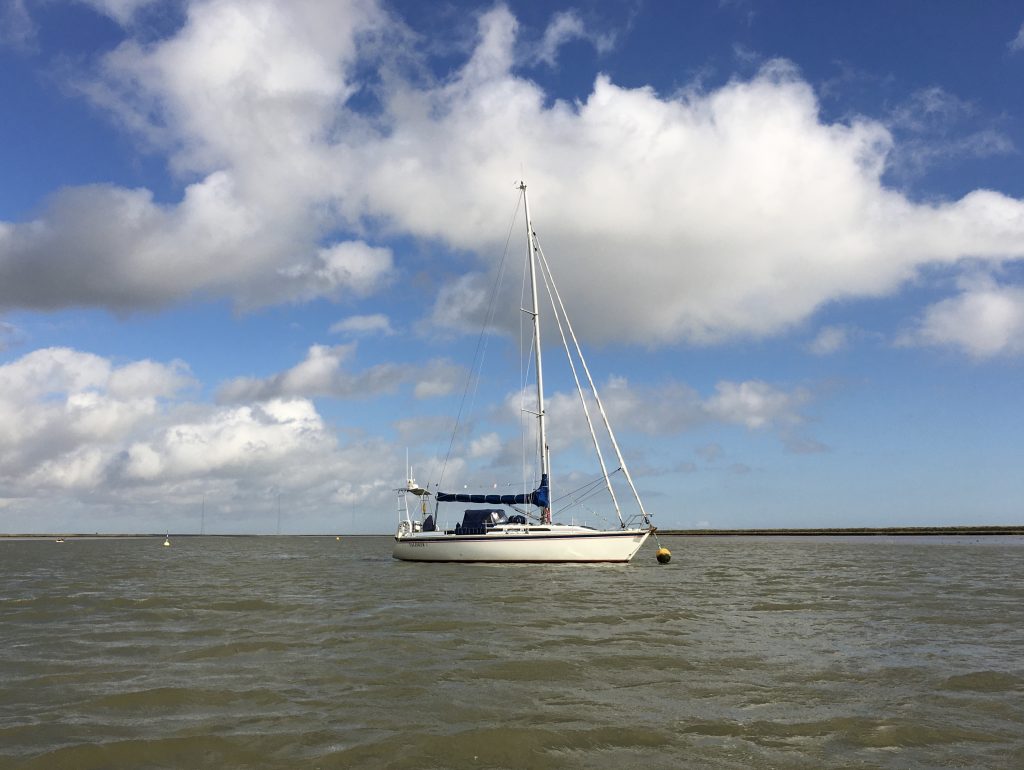 My last time heading out to ‘Talisker 1’ in the tender 23rd October.  I enjoy this view of my business like ship.

Having gone on board ‘Talisker 1’ late this morning I realised there would not be enough water on the Orford sailing club pontoon to deposit the tender ashore AND then leave the river.  Philip came to my rescue.  I ran the tender ashore, put it away in the shed and Philip ran me back out to ‘Talisker 1’ in the harbour launch.  Thanks to our brilliant Harbour Master I was able to cast off from my Orford mooring for the last time this year at 1335 with my tender safe and secure.

There was a heavy shower as we headed down river and we crossed the river bar in to the North Sea at 1500 and had a long awkward beat in to an uncomfortable sea and variable south westerly 5’s that slowly weakened as we closed on Languard Point.  I had to start the engine at Platters as we were fast running out of daylight and the tide was turning against us.  It was still dark when we finally dropped anchor. 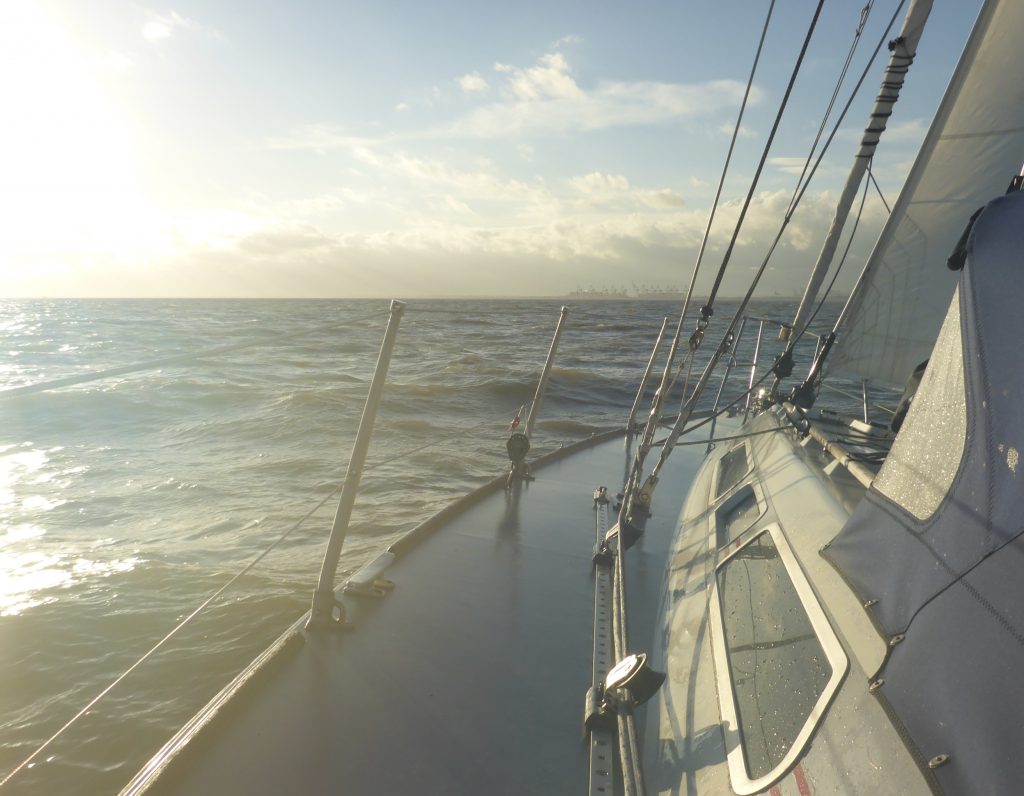 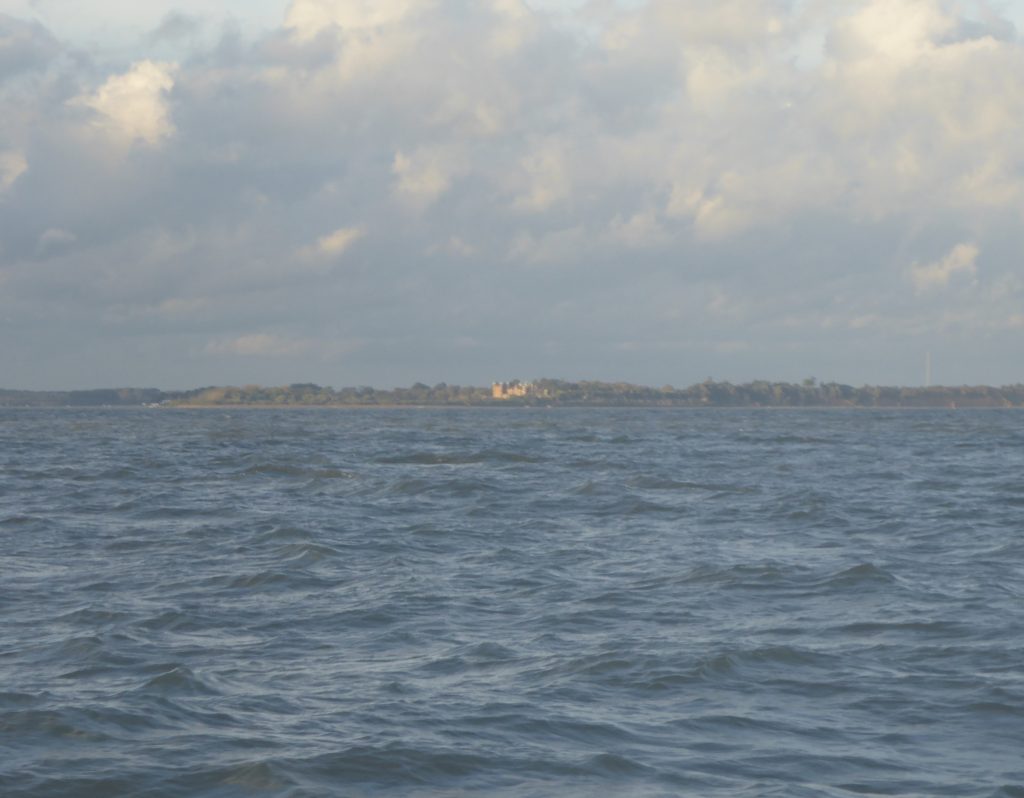 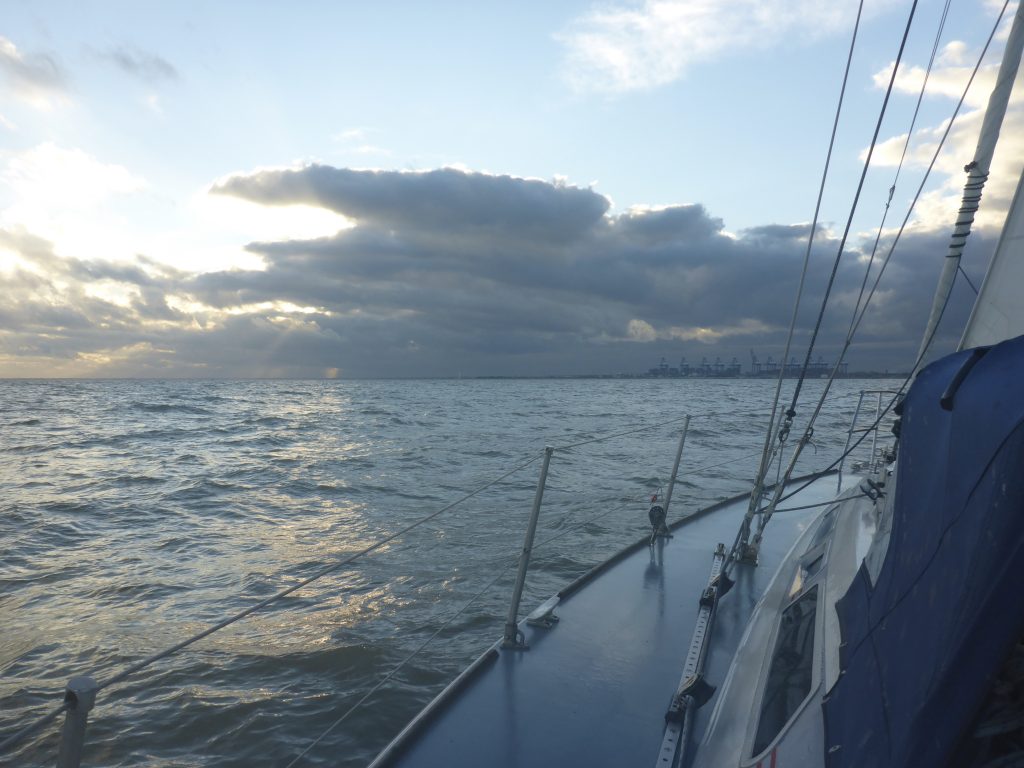 The wind weakened as we closed on Languard Point. 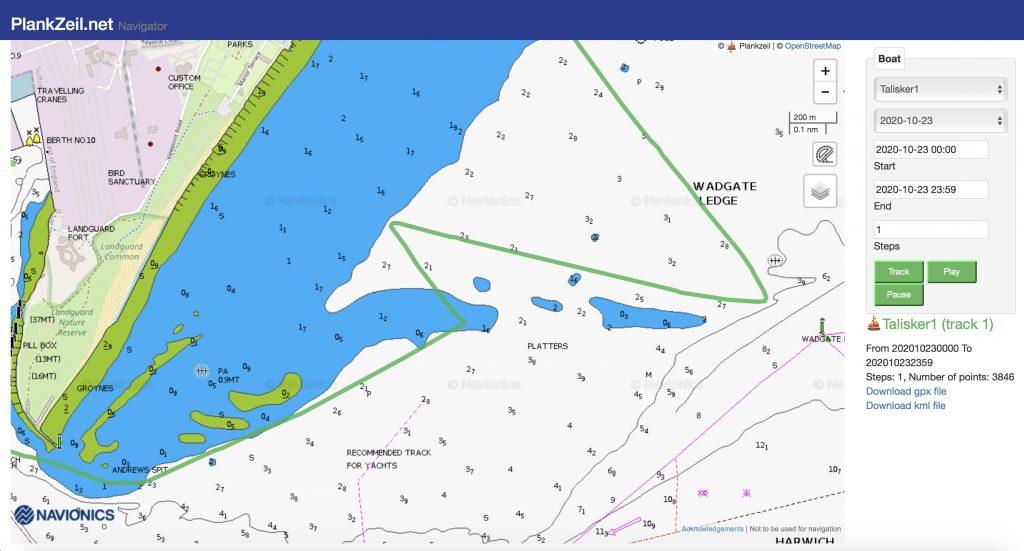 I decided to start the engine at Platters 23rd October 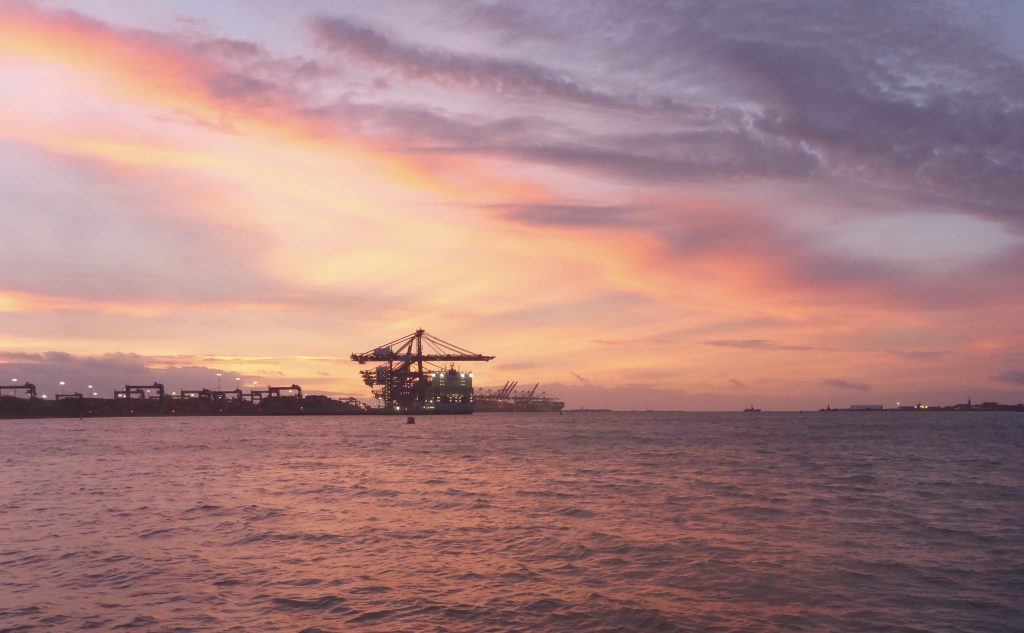 Dawn 24th October and the wind has backed to the south.  Time to move to a more sheltered anchorage. 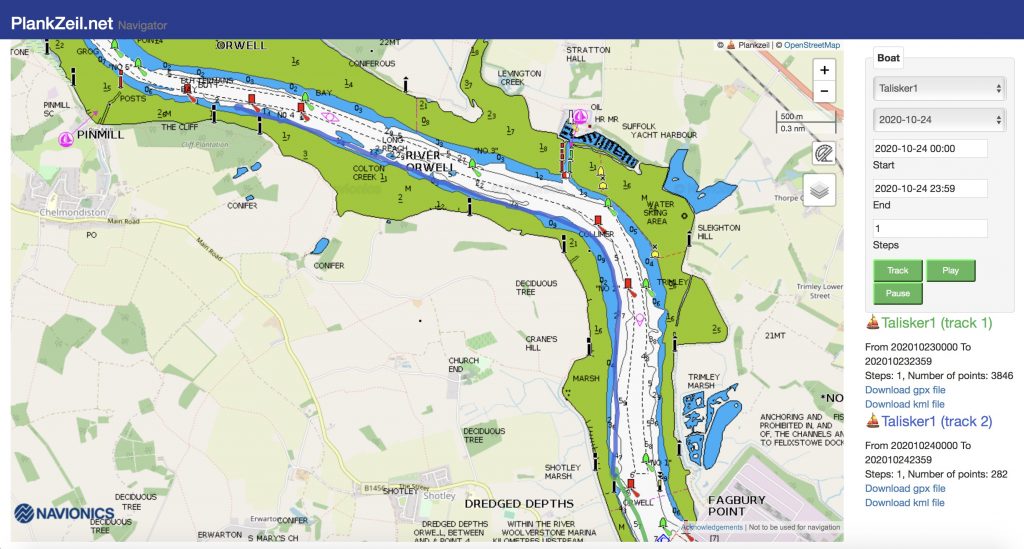 I did wake fairly early yesterday morning and the wind had indeed backed to the south.

We were underway fairly quickly and slowly made our way up river under stay sail only.  The winds were still forecast to be very strong later in the day and right up until midnight.  ‘Mr Junk Rig’ was anchored just below Buttermans Bay.  He had already chosen his spot to ride out the incoming weather.  Me n ‘Talisker 1’ anchored inside Fox’s Bottom PH buoy under the trees.

And it did blow.  The gusts were very strong but we sat fairly quietly.  A squall at midnight washed the deck and then, like a sparky flicking the switch, there was calm.  The rest of the night was peace itself. 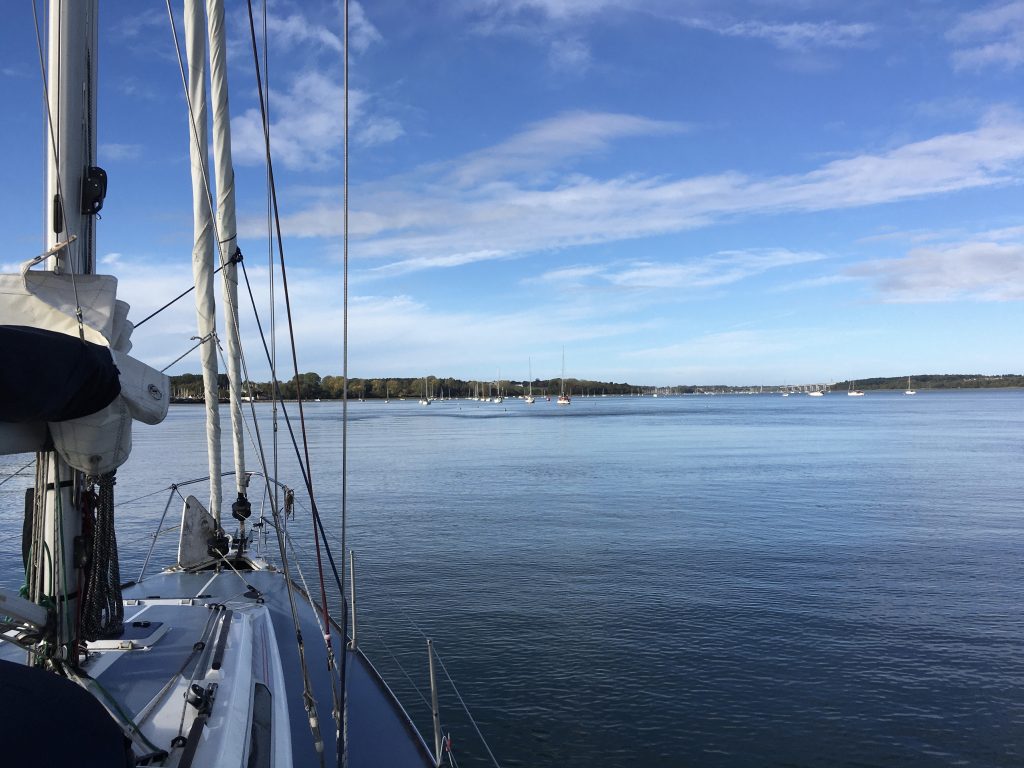 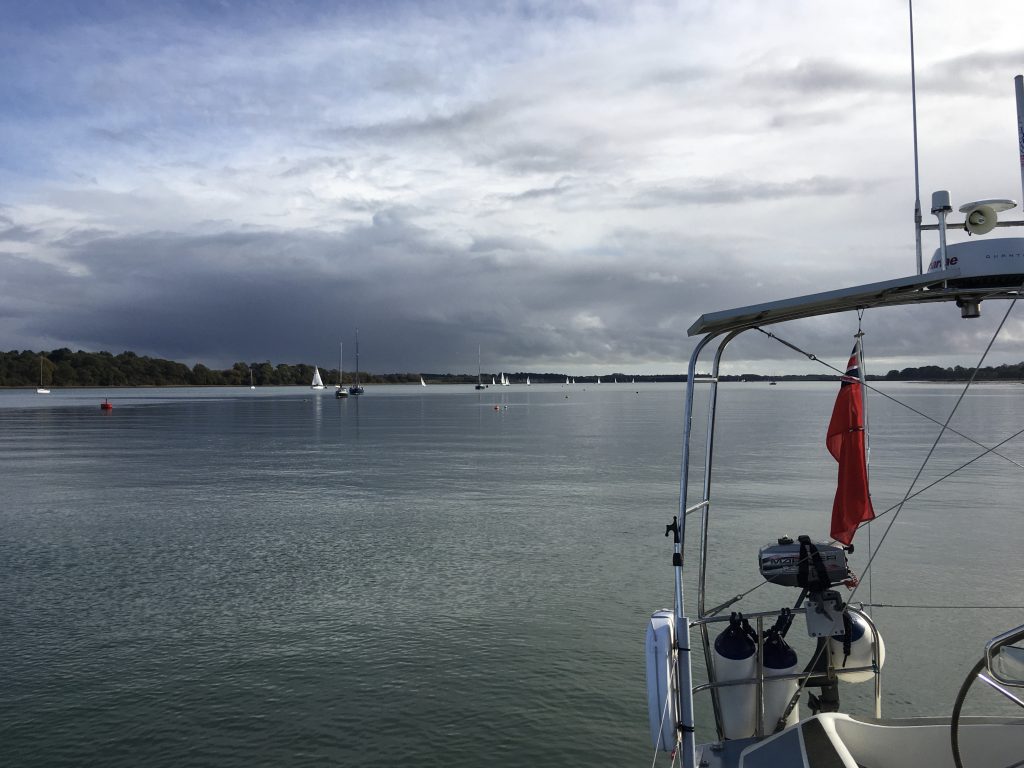 The odd shower.  The view down river from Buttermans Bay 25th October.  Mr Junk Rigg at anchor in the distance just to the left of our red ensign

There is a little wind this morning and the odd shower.  Mr Junk Rig has not moved either. 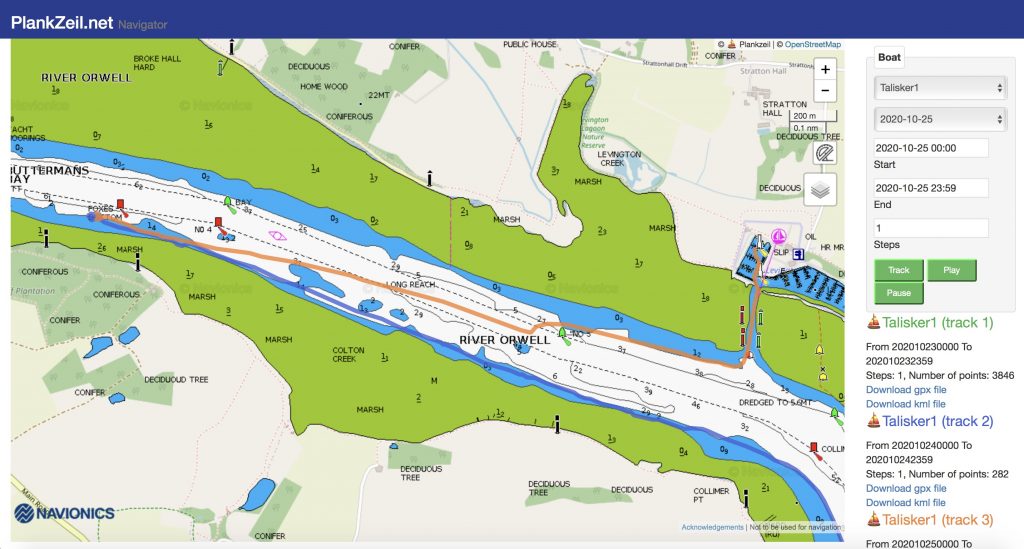 Our track in brown 25th October from Buttermans Bay to Suffolk Yacht Harbour and our winter home.

Me n ‘Talisker 1’ touched down just after midday in our berth in Suffolk Yacht Harbour.

There was a strong following wind and Jack from the Harbour Office took all the worry away by taking my bow as we gently came in to our berth.  When my own shore lines are installed on the pontoon, coming and going alone will be easy.  I would have managed comfortably, but the strange berth, a following wind and the unknown was greatly relieved by Jack being there.  The rings on the pontoon, rather than cleats only adds to the difficulty of swiftly getting a spring on with a following wind, when coming in to a new berth for the first time. 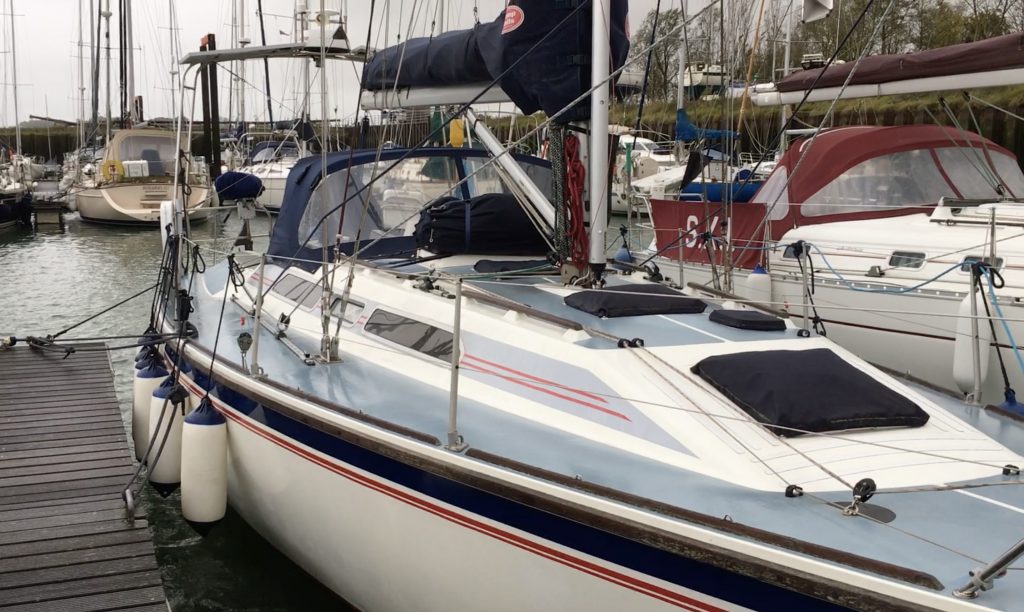 Great berth and peace of mind for the winter.  Suffolk Yacht Harbour has been ‘Talisker 1’s’ winter home since I bought her in 2014.