Me n ‘Talisker 1’ are anchored off Brick Dock above Aldeburgh after a gentle beat up the river with the start of the flood in a light east north easterly breeze.  It required eighteen tacks to round Slaughden Quay as our tender gurgled along behind us. 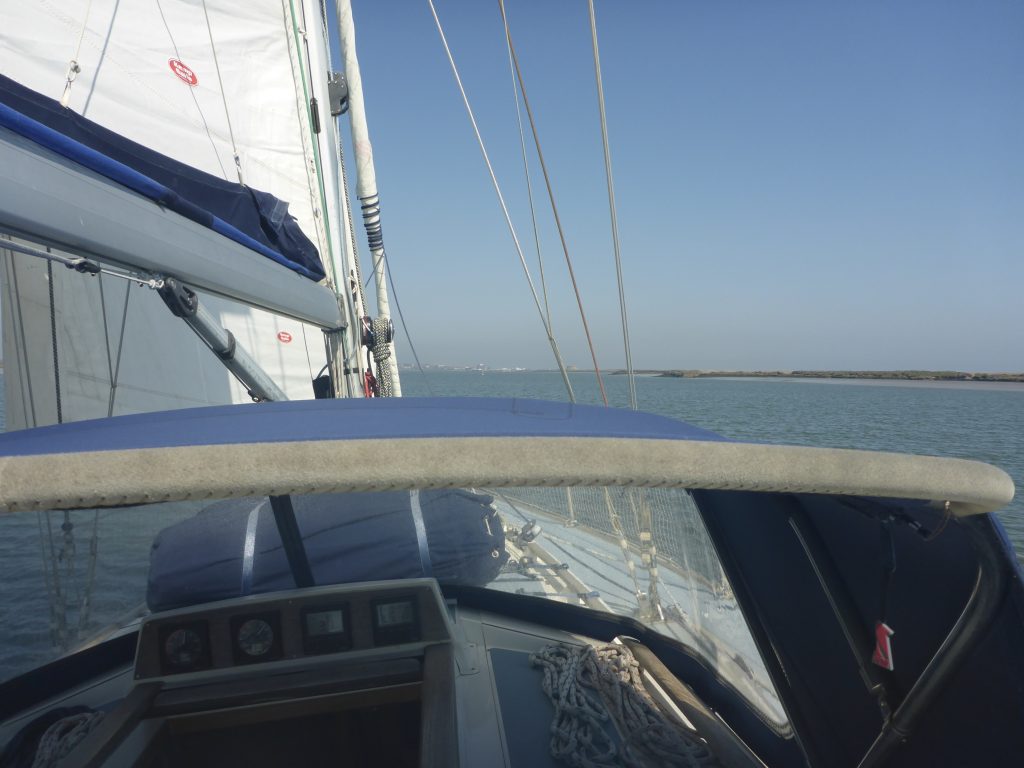 It required 18 tacks to round Slaughden Quay

Anchored in the hole just below Brick Dock.  A favourite spot in north easterlies.

There was fog at first light, which quickly cleared to reveal a cloudless blue sky with crystal clear visibility. The anchorage is beautiful and just lacks ‘Tuesday’ and the Doc anchored near by.  I have not seen another boat.

Simon Abley arrived in Orford yesterday evening from Gosport.  My oldest sailing friend dating back to 1998 when Simon helped me get started in these waters.  Simon has bought ‘Time Flies’ a Sigma 362 and has taken the mooring next to mine.  James Robinson and ‘Dura’ are the other side of ‘Time Flies’ and of course Doc and ‘Tuesday’ are my other immediate neighbour.  My three closest sailing chums!  How nice is that?

The injectors will have to come out.  Despite hardly running the engine and having slipped our mooring and anchored under sail today there was a litre of diesel to clean up under the engine. Wonderful Peter Buchan is going to come over on Thursday to give me a hand getting the injectors out.  Sometimes injectors come out easily, occasionally they can be very difficult.  Peter Norris has people in Colchester who will return them to me in 24 hours.  I hope so!  Peter Buchan had told me the job could not be delayed!  I should have listened.

I went ashore on Saturday and Sunday to work on the new Sailing Club pontoon.  We hope to finish the job on Wednesday evening.  I plan to sail back down river to Orford on Wednesday.

I’m at home after a very fortunate escape from a more serious injury.  More of that later.

I sailed, or rather predominantly bare poled back to Orford from Brick Dock in a north easerly F5.  Add the last of the ebb in the river and we were making good speed over the ground.  The few days at anchor had been lovely.

Is it my imagination or is the sky not so much more blue?  The visibility has also been …. just incredible.  Mother nature seems to have got on so much better without us hurtling through the skies and clogging up the roads.

Peter Buchan was brought out to ‘Talisker 1’ on Thursday morning by our splendid Orford HM and a couple of hours later the injectors were out.

Having lectured for so long about taking care of crew, I got away with a bad fall while Peter was working on the engine.  I always tell people to keep hatches and lockers shut when working on deck.  My cockpit locker was open.  Stepping from the deck on to what should have been the lid of the locker and seat of the cockpit, my right leg went straight down the very deep locker.  I fell forward and avoided banging my head on the seat the other side.

Peter happened to be looking out at the time and he was calmness itself.

‘Have you broken anything?’

To my amazement my right leg had missed everything including the fluke of the kedge anchor.  I managed to rest a while, quite shaken, before gingerly extricating myself.  A day later and a badly bruised knee seems to be the worst of it.  I’m pleased it happened and that I got away with it.  A wake up call!  I cannot afford falls of any kind.

The one certainty is that my mate Peter Buchan, would be a good man to have around in a crisis.

I’ve just driven to Colchester Fuel Injection https://www.colfuel.co.uk  who could not have been more helpful.  They tested the injectors there and then and told me they were working perfectly.  So the fuel leakage is from the base of the injectors and Peter has a cunning plan up his sleeve that he hopes will work to avoid taking the head off until the winter.

My friend Peter Buchan returned to Orford on Tuesday and beautifully reinstalled the injectors.  Peter’s plan, having read all the forums, was to install a copper washer at the base of the injector sleeve.  It’s saved taking the head off the engine probably indefinitely.  Peter was then appalled he could not cure the tiniest of weeps from one of the fuel return lines.  But they are almost always incurable.

My knee is still not good from the foolish tumble in the cockpit.

I plan to be back aboard after my second Covid vaccination on Saturday. 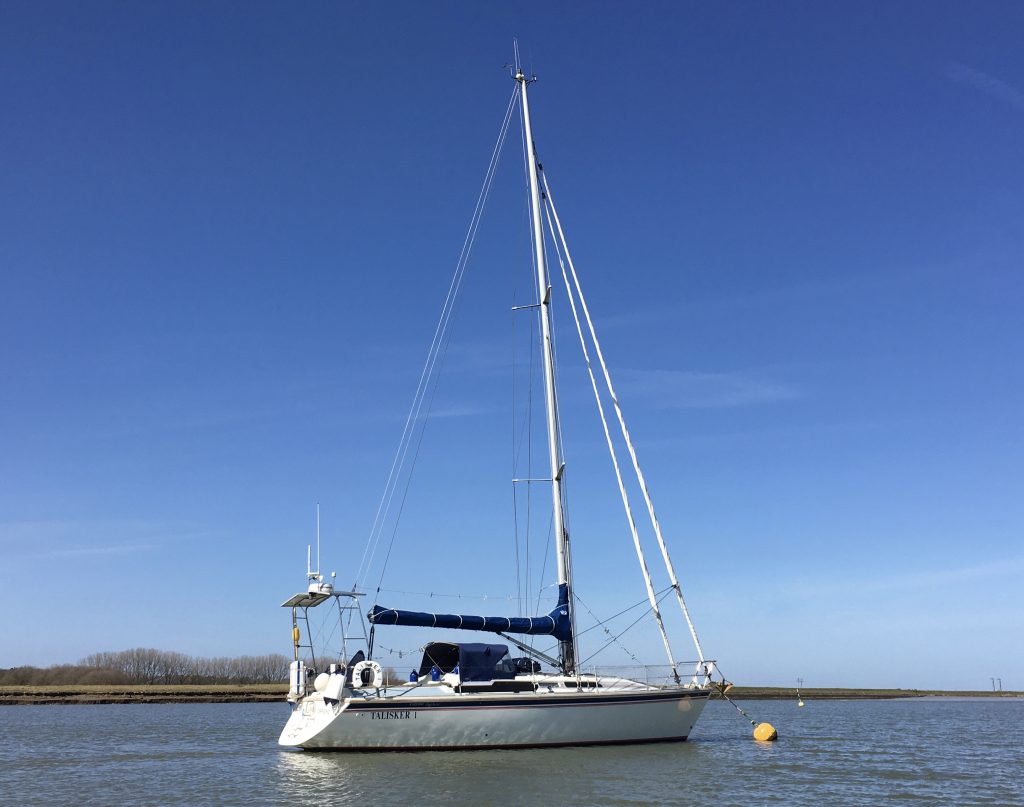 ‘Talisker 1’ back on her mooring.